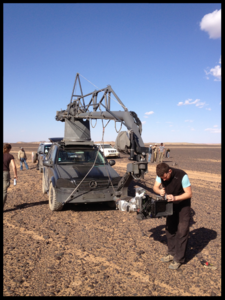 The stabilised head is usually a Flighthead, and sometimes the Flighthead Mini.  These heads are stable, but built to be light in weight.  If you look at my showreel - you'll see the difference between a Flighthead (blue Jaguar clip) and a Stab-C (white Jaguar clip).  The Stab-C is heavier, but more stable.

Because of this weight, there aren't many arms that can take it - but we can talk about that...

The various vehicles are sold as being operable by DoPs - which is true, but to guarantee good results and efficient filming, it's best to use an experienced operator.  You could spend half a day getting shots that will just about do - or you could find yourself saying "Moving on.." with shots that'll make your project shine in just a few runs.

This kind of filming is work I do all the time, and I can help you get the best out of these expensive systems before the magic hour is up.

The Russian Arm is an amazing bit of kit - it's a crane mounted on top of a car (usually a Mercedes ML55) that can go 360°+ and tilts up and down.  You can use it on locked-off roads to get superb shots that can evolve as the the vehicles move around each other.  Depending on the terrain, you can go up to a hundred miles an hour with these things, and get very, very exciting shots.

It was invented back in the last century in - Russia - or maybe the Ukraine.  The story gets kind of murky - like lots of things in the cinema business.  After storming the US market, it all got a bit successful and investors fell out with inventors; inventors got divorced and the whole thing broke up into various incarnations.  All you really need to know is that you get a car with a stabilised crane with a stabilised head on the end. 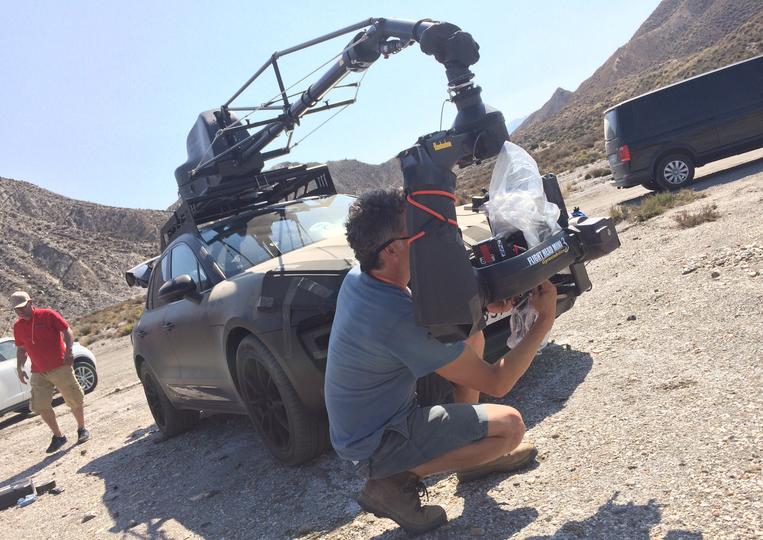 The Ultimate Arm on a shoot in Morocco - with Basile tech'ing!