Shotover G1 on an Audi shooting a PoV shot.

If you have any questions about any of the Shotovers - just email me!

Finally – if your camera and lens are small enough – you can put it into the Shotover G1. Typically, this can take cameras like the Alexa Mini and the Reds, with lenses like the Canon 17-120 or the Fuji Cabrio. Usually installed on wires, rails, cars and boats, the G1 doesn't fly – except when wearing its U1 clothes when it goes under a drone, but that's still an on-going project with some issues still hobbling its ability to do too much work in Europe. When it does get going it's going to be great - it's a watch-this-space scenario at the moment... 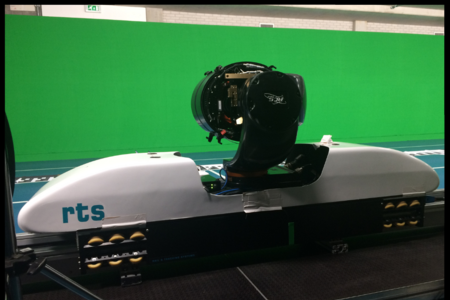 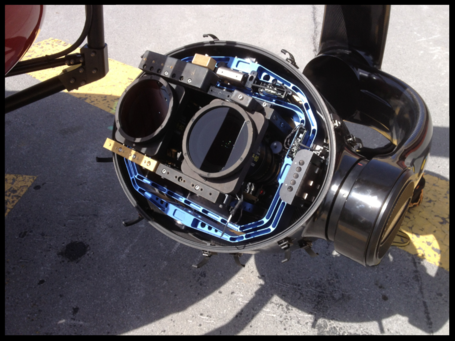 Smaller combinations can go into the Shotover F1 – typical packages would be the Alexa Mini or the Red Epic/Weapon with the Angenieux 25-250 DP, Sony F55 with 18.5 – 94mm from Angenieux. The advantage of the F1 is that it's smaller and goes on a single pole mount on the helicopter – this reduces weight and allows more flying time or passengers to fly. The F1 can also be mounted on vehicles such as a Mitsubishi Evo (as we did for The Grand Tour); the back/front/side of a pick-up – well, any vehicle really. 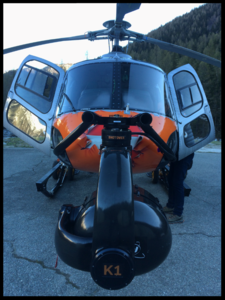 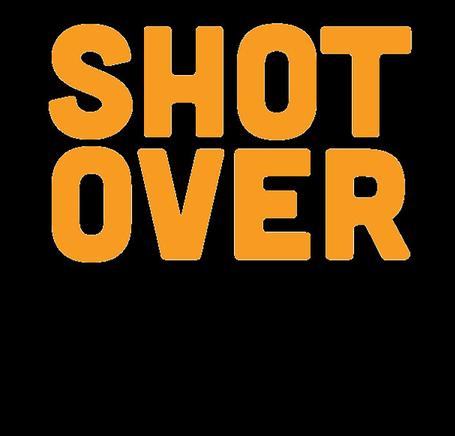 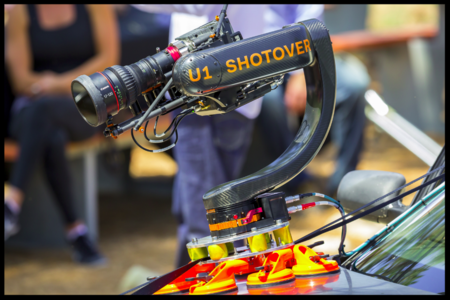 Shotover F1 with Alexa Mini and Angenieux 25-250 on a scaff-rigged 4x4 for The Grand Tour.

The Shotover is an “empty” camera mount which you can install on a helicopter, boat or car. You then install a camera and lens inside the Shotover. The vehicle can wobble and vibrate as much as it likes – and your images will remain rock steady.

What camera and lens? Well, that depends on your needs and on your Shotover...

If you need to use a big camera or a big lens, then it's got to be the K1. This can take all sorts of combinations – even two cameras side-by-side for 3D and multiple cameras for ultra-wide array work for VFX. The usual big camera/big lens combinations that are used in the K1 are the Arri Alexa XT with Angenieux 24-290; REDs with the Angenieux 28-340 and the Sony F65 with big zooms. You can also install the Alexa 65 in the K1 – and IMAX was used in the K1 for Dunkirk. Basically, the K1's great for anything. 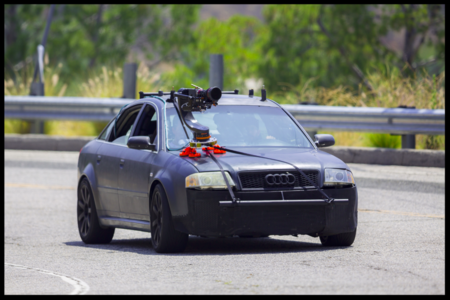 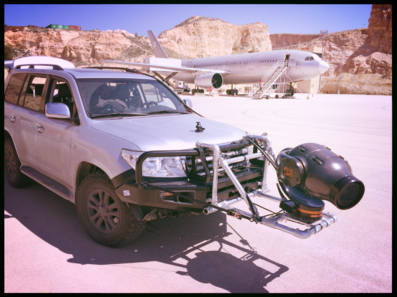 Shotover K1 on a B3 helicopter.

It looks cold?  It was cold!